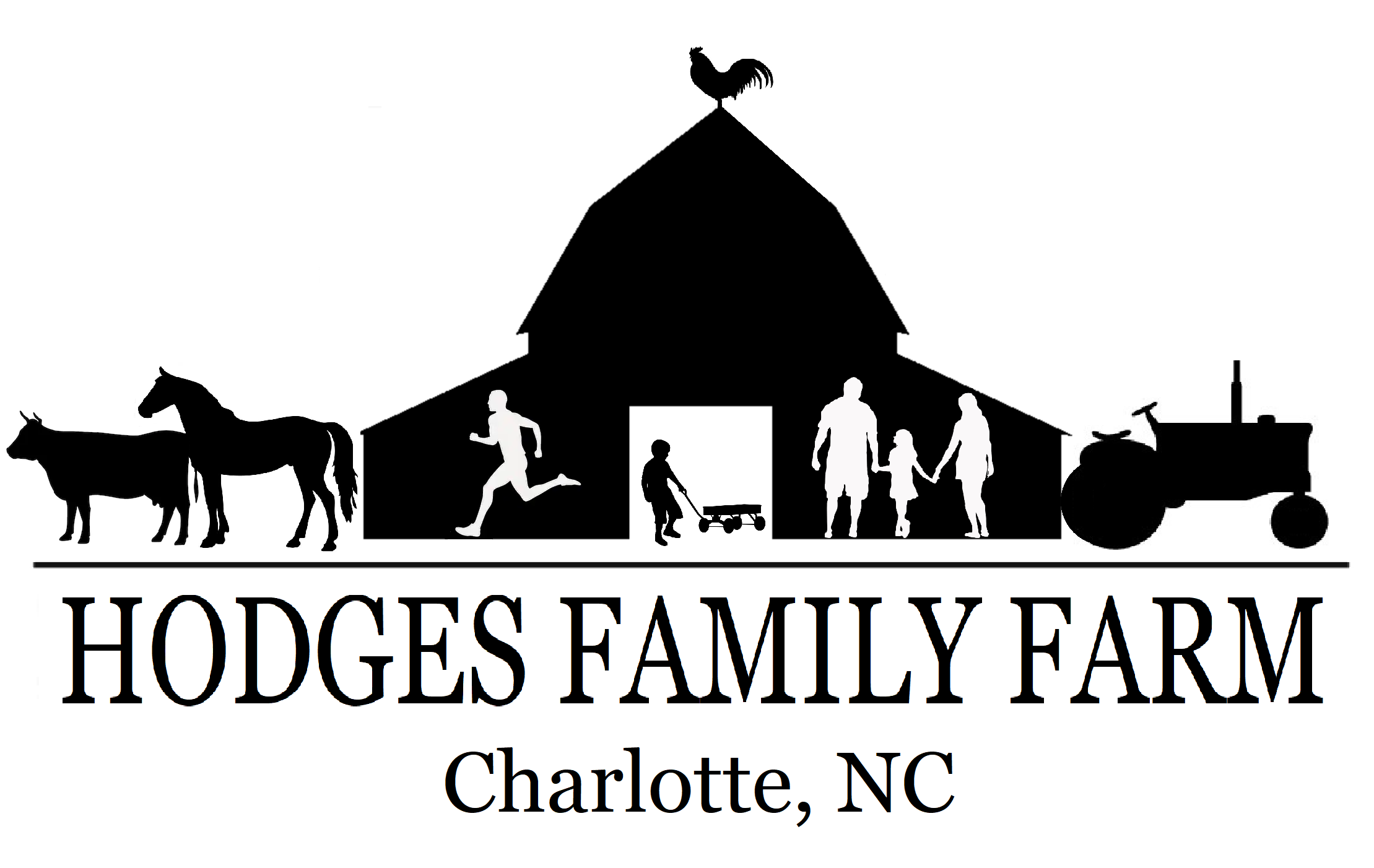 Hodges Farm ~ An important piece of
Charlotte's history for over 100 years.

Hodges Family Farm is recognized as a well-preserved early 20th-century farmstead associated with a prominent local family and an important contributor to Mecklenburg County’s agriculture industry. Built by Eugene Wilson “E.W.” Hodges in the early 1900s, the Farmhouse was the centerpiece of the Hodges family’s large parcel of land. The farm flourished with E.W. at the helm, producing multiple subsistence crops including corn, barley, oats, and cotton. Upon his passing in 1943, E.W.’s two sons - E.W. Hodges, Jr. and James Franklin Hodges - inherited the Farm. In 1969, James transitioned the 187-acre Farm into a well-known dairy operation that continued to operate until 1999.

In 1999, James Franklin (“Frankie”) Hodges, Jr. took over operations of the farm and was the first Farm Manager to open the doors of the Farm to the public. Frankie grew the Farm’s operations to include agritourism, education, therapy horses, cross-country and obstacle running races, and special events (including the annual Pumpkin Patch). When Frankie passed away in 2015, the reins were given to Connor Newman (son of Joyce Hodges Newman) who has added multiple annual events and expanded the Farm’s offerings to include an online Farm Shop that sells fruits and vegetables grown on-site using regenerative agriculture practices, plus local honey, and pasture-raised poultry, pork, and beef.

The Hodges Family continues to be involved with the Farm’s operations and offerings - from Olivia Hodges (the widow of James Franklin Hodges) down to the youngest great-grandchild - and they look forward to preserving the Farm’s historical significance and sharing it with the community for years to come.